Would You Buy a Smartphone that Folds? 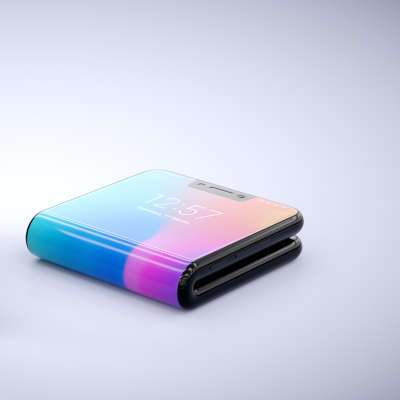 In last week’s blog we took a brief look at the best phones money can buy. This week we take a look at some devices that cost more than the flagship devices and don’t necessarily have the specs that back up the price. These devices, however, have something else: an innovative new twist or two. Let’s take a look at some of the most innovative new devices that you can find on the market right now.

The LG Wing is one of the most anticipated devices of 2020. When you first pick it up, it looks like a standard smartphone would, but when you get it in your hand a flick of the thumb changes everything. The LG Wing has a 6.8-inch P-OLED display that flips up to horizontal and exposes a smaller 3.9-inch G-OLED display that’s housed underneath.

The Wing is built from aluminum and Gorilla Glass 5 front and back and runs on the Qualcomm Snapdragon 765G. It carries 8 GB of RAM and a 4,000 mAh battery that lasts a little longer with the lack of a premium chipset. The tri-camera setup includes a 64-megapixel wide angle lens and dual ultrawide angle lenses of different speeds. It is currently available in Aurora Gray and Illusion Sky and will be coming to most carriers soon.

As smartphones go, the Galaxy Z Fold2 may be the most curious and gratuitous device on the market. Built on an aluminum frame with glass and plastic, the Galaxy Z Fold2 acts like a traditional smartphone when it is folded with a 6.23-inch Super AMOLED display, but when unfolded, the user gets a huge 7.6 inch display that resembles a tablet.

The device offers specs similar to the Samsung flagship with a Qualcomm 865+ processor, three cameras, and a standard 4,500 mAh battery. It features two selfie cameras, one for each display. With two displays and three sets of cameras, Samsung has eschewed efficiency for a dedication to the form factor.

Available in Mystic Bronze, Mystic Black, and a fancy Thom Browne Edition Grey, you can get it today from most major carriers.

The Samsung Z Flip and the Motorola RAZR take the nostalgia of the flip phone and turn it into something special. Utilizing the old form factor of the popular flip phone, each device flips open to reveal a smartphone. Pretty ingenious if we may say so.

The Motorola RAZR 5G is actually the second edition smartphone RAZR. Motorola has built a device that features a small display on the front of the phone while folded, but the real gem is the 6.2-inch P-OLED screen while unfolded. The RAZR runs Android 10 on a Qualcomm Snapdragon 765G chip and 8 GB of RAM with 256 GB of onboard storage space.

The Z Flip is Samsung’s attempt at making a similar device, and in many ways they do it better. The Z Flip doesn’t have much of a front facing display, but when you open the device you get a 6.7-inch Dynamic AMOLED smartphone display that is in line with many of the largest phones currently available. The Z Flip runs Android 10 on a powerful Qualcomm Snapdragon 865+ processor, the best one Samsung uses at the moment. This provides a Samsung phone experience on a phone that you can fold up and put in your pocket.

Each device is priced over $1,000 and can be had from carriers and unlocked.

The rectangular smartphone isn’t going anywhere, but the more that manufacturers are able to create innovative new devices with OLED technology, the more people will be willing to pay a premium price for unique smartphone designs.

Do you think these new form factors will last, or are they gimmicks designed to sell phones? Leave your thoughts in the comments section below.

Facebook Twitter LinkedIn
Tags:
Technology Smartphones Save Money
Tip of the Week: Fixing Your IT Without Breaking t...
How to Monitor Your Employees’ Activities without ...

More posts from author
Monday, May 17 2021 Maps May Soon Be Less Trustworthy Than Ever
Friday, May 14 2021 Need a Reason to Invest in RMM? Here’s Four
Wednesday, May 12 2021 Tip of the Week: Three Steps to Better Backups