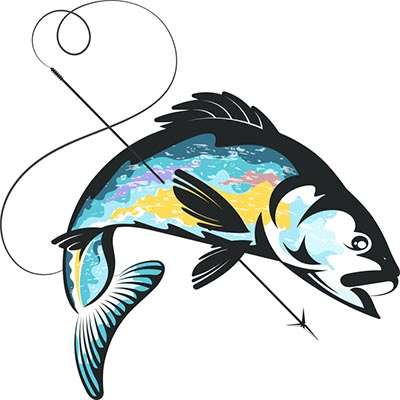 Hopefully, you’ve heard of phishing at this point: the method cybercriminals use to scam their targets by impersonating someone that their targets would trust, requesting access credentials or other sensitive information. Did you know that there are specific kinds of phishing? Here, we’ll review one of the biggest risks to your business... spear phishing.

What’s the Difference Between Phishing and Spear Phishing?

In a word, personalization. Your typical phishing campaign, in keeping with the analogy, casts a wide net to try and catch as many victims as possible. By writing a very vague and generic email that appears to be from some large company or organization, the typical phishing attack can be leveraged against almost anyone with a reasonable chance of success - although this also makes them easier to spot if one knows what to look for.

Spear phishing, on the other hand, goes for quality over quantity. Instead of casting out a wide net to snare a large group, spear phishing requires a focused approach, as it targets a single, influential individual.

In order to do this effectively, a cybercriminal can’t just rely on a generic message. Instead, the hacker will do some digging, finding out everything they can about their target - where they work, who they work with, and what it is that they do. Once they’ve collected the information they need, the hacker will spoof an email - often referencing some project or mutual contact to prove their “legitimacy” - with a link to a downloadable file.

This link will take the recipient to what appears to be a login page for Google Drive or Dropbox, but is actually another part of the hacker’s trickery. Once the user enters their credentials, the scammer has them to use for themselves, completely undermining the user’s security and potentially causing a business crisis.

How Do Spear Phishers Fool People?

There are a variety of ways that hackers can make their messages more convincing, especially when they’re leveraging a spear phishing strategy. These methods combine some practical skills with a bit of psychology, supported by the research that these types of hackers do.

As a result, instead of the phishing message being vague and generic, it might reference actual events, people, and things relevant to the target. They will often be spoofed to appear to come from an authority figure, like a manager or the CEO, to encourage the recipient to do as the email says without really thinking about it or questioning it too much. Unlike many other phishing messages, spear phishing messages are typically well written, without spelling or grammar errors.

These cybercriminals can be especially devious and will even buy close-match domains to make their attacks that much more convincing.

Let’s say that you owned the domain example-dot-com. Someone trying to phish someone else by posing as you could purchase their own domain, example-dot-com. Looks the same, but by using a capital “i” instead of a lowercase “l”, the phisher can create a lookalike site that truly appears to be legitimate.

Who Do Spear Phishers Target?

This is one of the main reasons that spear phishing requires so much research - not only does the hacker have to identify who they are going to target; they have to also identify the best way to scam them. As a general rule, however, spear-phishing attackers will target those people in an organization who have access to the information that the phisher wants, but not enough clout to question a request from (what appears to be) up the chain of command. In other words, a business’ end users.

So, what can you do to prevent spear phishing from impacting your business? There are a few things:

Threats like spear phishing are just the start of a business’ security concerns. For more assistance with your business’ IT and its security, subscribe to our blog, and give Managed IT Force a call at 724-473-3950.

More posts from author
Monday, November 23 2020 Taking a Look at Budget Smartphone Offerings from Samsung, Apple, and Google
Friday, November 20 2020 Ransomware Shouldn’t Cost You a Thing
Wednesday, November 18 2020 Tip of the Week: Fixing Your IT Without Breaking the Bank