Maps May Soon Be Less Trustworthy Than Ever 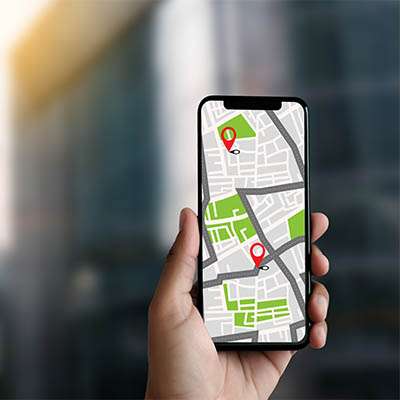 Did you know that maps as we know them are remarkably skewed? Due to some centuries-old superiority complexes and prejudices, the maps we’ve all been raised looking at have never been completely accurate. However, this problem could soon be an element of cybercrime thanks to a developing technology that many have yet to take seriously, deepfake images, and how they could revolutionize cyberattacks moving forward.

Deepfakes are manipulated images or videos that have been altered to revise the truth with the assistance of artificial intelligence. The Internet is full of lighthearted examples, where a comedian’s face is changed during an interview to be replaced with the celebrity who they are impersonating, or different actors are cast in classic movies. Mobile applications that allow you to create a rough lip-synch video from a still image are growing in popularity.

Of course, there are much more convincing examples of deepfake technology that we can point to. For instance: This Person Does Not Exist. This website pulls the results of a generative adversarial network trying to create the most convincing face it can possibly generate. Each time that page is refreshed, a new face pops up that looks just like a real person—despite no such person actually existing.

While these applications are quite entertaining, they undermine the real risks that deepfakes pose to security. Explicit deepfakes are already being generated that depict people in assorted adult situations without their consent to be used in blackmailing schemes. Deepfakes have also been spread to manipulate political impressions and sway the tides of some elections.

Unfortunately, there is an additional threat that these doctored images are now being used to support: geographic deepfakes.

What is a Geographic Deepfake?

Instead of manipulating someone’s face or the words they say, geographic deepfakes alter satellite imagery to manipulate our impression of the landscape and what is present. With deepfake technology as a whole improving all the time, geographic deepfakes could create some serious problems for businesses and governments alike.

How a Geographic Deepfake Could be Abused

Let’s run through a potential scenario for a moment, just to illustrate how serious this threat is:

A platoon of soldiers are out in the field, advancing on a target. All they need to do is reach a bridge that will take them to their objective. Satellite imaging shows a clear path to the bridge, but once the platoon reaches it, they actually find themselves face-to-face with the enemy, who has taken the bridge and created an ambush for them to walk right into—or perhaps they find no enemy troops, but also no bridge for them to cross… ruining their plan, and possibly many others that were contingent upon it. This latter possibility was actually proposed in 2019 by a National Geospatial-Intelligence Agency analyst named Todd Myers, as it draws from a tactic as old as cartography itself.

Maps Have Always Been Manipulated

History is full of times where maps have played a key role in disinformation campaigns and propaganda alike, in addition to providing a form of copyright protection for cartographers. By changing some details of a map—occasionally making up features and towns that didn’t actually exist there—a mapmaker could easily identify if their work had been copied.

Geographic deepfakes could simply add an additional level of complexity to such efforts, as the University of Washington recently explored in an academic study.

In this study, the researchers abbreviate the very long history of map manipulation and embellishment, starting from the Babylonian 5th century B.C. but focusing much more closely on the modern applications. Things like location spoofing and how they’re weaponized were covered, with practical examples provided by the researchers that they generated as a proof of concept. As a whole, the study makes it clear that such capabilities are very real, and very easy to abuse, but certainly not easy to identify when they are in use.

Exacerbating the issue further, most people don’t think to second-guess the maps they see, making these threats all the more dangerous. Furthermore, while the researchers were able to create a tool that could identify the deepfakes they generated, such tools will need to be updated constantly to keep up with the improvements that those who abuse these tools are sure to implement.

What Can Be Learned?

While these threats aren’t likely to come into mainstream use for some time yet, it pays off to predict how they could impact you in the future. Just think about the missing bridge example… What if the same concept was used on the supply chain, or on your business directly?

Furthermore, since cyberattacks often inspire others, an imaginative cybercriminal could very well come up with some other devious ways to use these capabilities.

For now, the best course of action is to take every opportunity to secure your business as best you can with the help of today’s technology solutions. While ignoring developing threats like the potential of deepfakes is shortsighted, overlooking present ones is worse.

Managed IT Force is here to help you secure your technology. To find out what we’ll do for you, give us a call at 724-473-3950 and have a chat with us about your business. 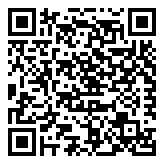